Freddie Mac otherwise known as (FHLMC) or Federal Home Loan Mortgage Corp, is a share-holder owned government backed enterprise that is sponsored by congress. This is an entity that helps keeps money flowing to lenders, which in turn supports home ownership and rental housing for middle class Americans.

A loan is a long term investment that can you can be buying on for up to 30 years. Sometime longer, sometimes shorter. Freddie Mac allows the banks to not have to keep the entire term of the loan all on the banks. This also allows them to not have to assume all of the risk of each individual home loan.

How does Freddie Mac affect the mortgage market?

You can imagine that Freddie Mac has a great impact on the real estate mortgage market. This is true, without Freddie Mac, banks, loan associations, credit unions and other mortgage issuers would be required to hold mortgage loans in-house.

Without Freddie Mac, these institutions would be required to take on all the risk themselves as well as utilize their own capital. The end result of this would be higher interest rates, lower profit margins, therefore driving up the cost of home ownership within the Colorado housing market. Colorado is not the only place this would have an affect on but the broader markets nationwide.

The 2008 mortgage crisis and Freddie, Fannie

Freddie Mac and Fannie Mae were publicly traded entities leading up to the housing crisis of 2007 and 2008. Like any company, the main goal is to maximize profit margins. The CEO and other teams within the company were mandated with the task of executing and delivering to bring better results.

Because the mortgages they held were backed by the US. government and could not be defaulted, Fannie Mae and Freddie Mac began to take increasingly dangerous investments such as subprime mortgages. They should have filed bankruptcy, but instead the Federal Housing Finance Agency put Fannie Mae & Freddie Mac into conservator ship.

These entities are the main pillars and support that keep the mortgage industry operational. Without them, home buyers would have to pay interest rates so high it would almost not make owning a home worth it. 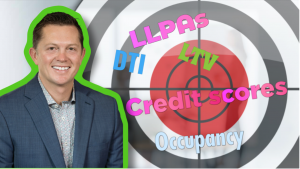 Michael and Melissa are always a pleasure to work with. They are extremely responsive, professional and work hard to get the best loan for us. I would recommend Colorado Mortgage to anyone. Thank you for another great experience!